With everyone locked up in quarantine for most of 2020, we can maybe expect a baby boom to take place.

Celebrities are no exception to this! The year has been full of news from stars expecting babies in the coming year. Let’s take a look at some of them. 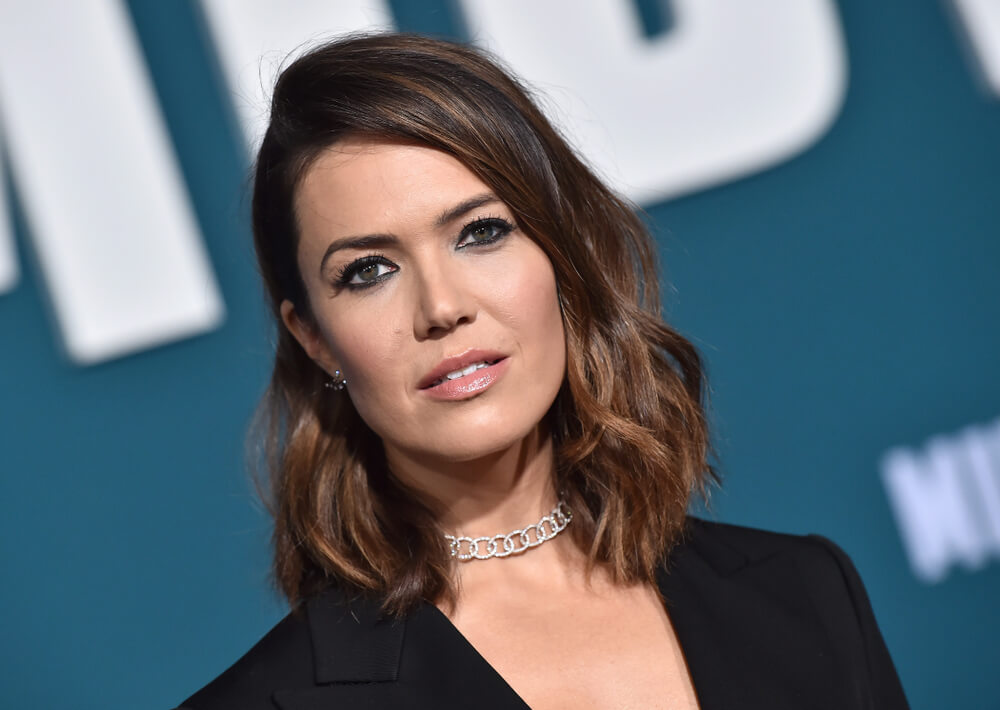 As kids, many of us would sing along to her hit singles Candy and I Wanna Be With You. We also bawled our eyes out while watching her on A Walk to Remember. And now, Mandy Moore is expecting her first child with her husband, Taylor Goldsmith.

The singer-actress proudly showed off her baby bump on Instagram, announcing her pregnancy in late September. Her fans patiently await the birth of a baby boy early in 2021.

The mom- and dad-to-be were all smiles in their black-and-white photos.

However, pregnancy hasn’t always been easy for Mandy. In another Instagram post, she reminisces about enjoying a cup o’ Joe. Moreover, coffee is one of her major food aversions.

And that’s not the only food struggle she’s experienced.

The star of This Is Us also experienced aversions to other types of food. For the first few weeks of Moore’s pregnancy, she says she couldn’t even stand to think or look at some items in the fridge. There were even times where she asked her husband to eat outside because the smell was too much. Because she felt sick around food, Mandy also lost weight.

Despite the rough first few months, she claims it’s merely “a small price to pay.”

Mandy Moore isn’t the only icon from our childhood to be expecting!

Hilary Duff and her husband, Matthew Koma, are also growing their family. Coming this 2021, this baby is the second child Hilary will be having with the singer-songwriter. The singer-actress has an older son, Luca, with ex-husband Mike Comrie, with whom she co-parents.

Despite the difference in DNA, Matthew Koma has a great relationship with Luca. On social media, he often refers to the eight-year-old as his “best friend.”

The couple announced the happy news via their Instagram accounts. Hilary posted a video of the two, with Matthew rubbing her visible baby bump. On his account, Matthew joked about how “quarantine was fun.”

The two will soon celebrate their first wedding anniversary. The two wed in a low-key ceremony on December 21, 2019, with only close family and friends in attendance. Hilary’s sister Haylie was very involved in wedding preparations and is excited to be an aunt to baby number three.

Now and then, two actors paired together on-screen also end up dating in real life. Some couples will also end up tying the knot.

This was what happened for Game of Thrones stars Rose Leslie and Kit Harington. Many of us know the story of Night’s Watch brother Jon Snow and wildling Ygritte.

Together since 2011, the two announced their engagement in 2017 before marrying a year later. Then in 2020, Rose shared the news of her pregnancy by posing for Make Magazine. Showcasing her baby bump, the actress appeared positively radiant in a Stella McCartney silk frock.

The couple has since been low-key and quiet about their first child. But the 33-year-old actress later gave us some insight about their marriage and pregnancy through the NY Post. She dished that she’s thrilled to be expecting a baby and can’t wait to meet the newest addition to the family. 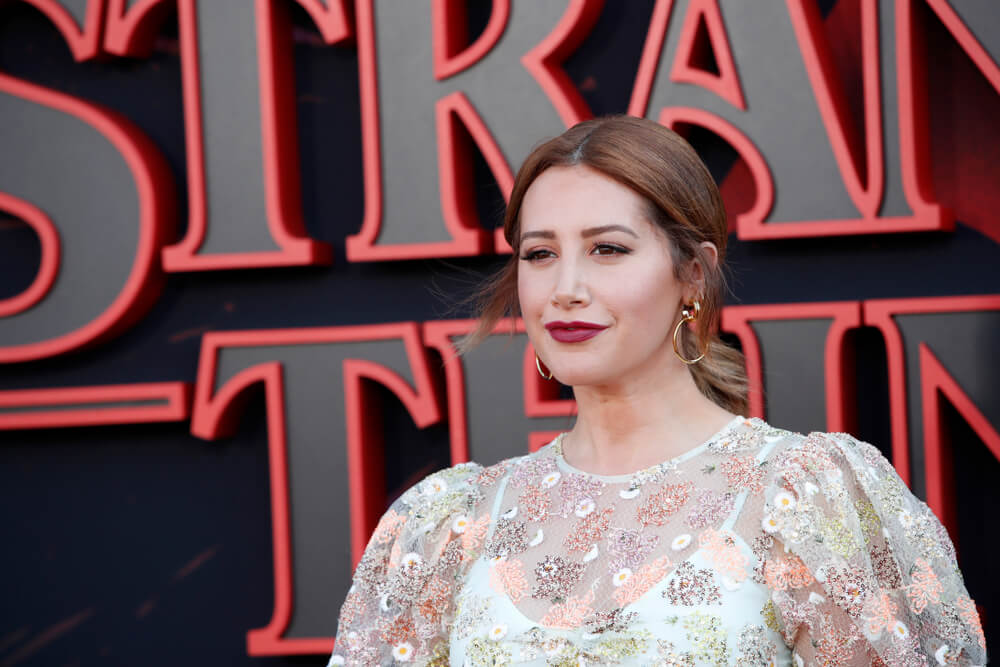 Disney alum Ashley Tisdale is expecting her first child with her husband of six years, Christopher French. The loving couple shared photos on their respective Instagram accounts. Devoid of any captions, they let the pictures speak for themselves.

And if you ask us, words were unnecessary anyway. You can feel the love radiating between the two parents-to-be.

Ashley also took to her blog to talk about her pregnancy. Here, she gave us more details.

What did she have to say?

She explains that she felt it wasn’t the right time. She’s proud that she was able to work on herself before deciding to have kids.

If you ask us, that’s something we think all aspiring moms should follow.

Ashley continues to share her pregnancy journey online. In mid-October, she posted photos of their sex reveal party, announcing that they’re expecting a girl.

The actress also threw shade at people who hold elaborate and potentially dangerous sex reveal parties. She explains that a simple cake with a color inside is just as satisfying as fireworks but is much safer.

US Weekly broke the news of Emma Roberts’ pregnancy late in June 2020. Her mother later confirmed the happy news as fans rushed to ask the grandmother-to-be if the news was real. Commenting on her most recent post at the time, Kelly Cunningham replied to a fan, verifying that her daughter is, indeed, expecting.

The Scream Queens actress herself would further confirm the news via an Instagram post in August. Captioning the photo, “Me and my two favorite guys,” also revealing that they’re expecting a boy.

The couple shared that they’re surprised but are delighted to welcome their first child.

She continues to share her journey through pictures on her Instagram profile. We’re lucky to have a peek into her October 2020 “magic garden”-themed baby shower.

The pregnancy also hasn’t kept her from being fashionably on-point all the time. Her Instagram is full of baby bump pics that feature flowy dresses and printed outfits.

Us Magazine had previously confirmed the two to be dating back in March 2019. Since then, they shared that they have no immediate plans of getting married, wanting to enjoy each other’s company instead.

Another year, another royal baby on the way!

The daughter of Prince Andrew and Sarah, the Duchess of York, officially announced her pregnancy through Buckingham Palace last September.

And keeping up with celebrity baby announcements, she also shared the news on Instagram. Posting a photo of baby slippers, she confirmed that she and her husband Jack Brooksbank, are expecting a child in early 2021.

This baby will be the ninth great-grandchild for Queen Elizabeth and Prince Philip. Cousins will include fellow royal babies Archie, Charlotte, George, and Louis.

What about baby names? Everyone’s making their bets and guesses on what the couple will name their first child. The top picks so far include:

Any guesses on what they’ll name their baby?

The baby shall be 11th in the line of succession. However, since they’ll be from a female line of the Royal Family, the baby will not inherit any titles. Despite this, the Queen may step in and grant the baby one once born.

We’ll be waiting in anticipation! 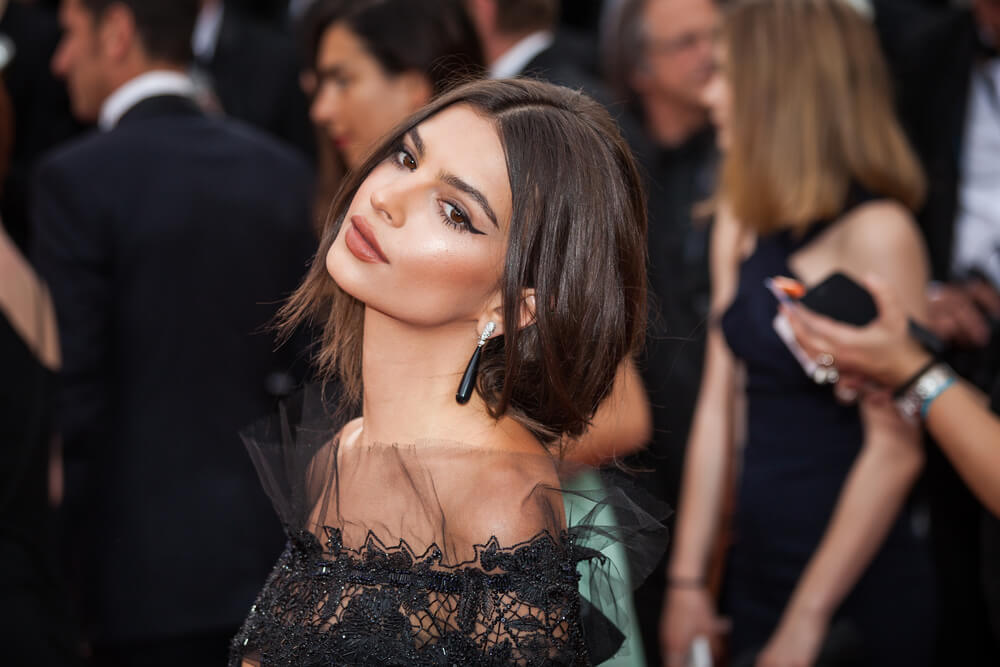 Actress Emily Ratajkowski announced that she is pregnant with her first child with film producer hubby Sebastian Bear-McClard.

The 29-year-old model announced her pregnancy in a way much different than other celebrities.

She penned a personal essay through Vogue, detailing her thoughts on gender and motherhood.

How powerful does that sound?

A self-identified feminist, Emily explains how she doesn’t want to reveal her baby’s gender. When others ask, the couple replies that they’ll wait until their child is 18, and they’ll tell us by then.

The expecting mom then says how she wants to steer clear of imposing any gender stereotypes whenever possible. However, she still understands the desire to know a baby’s sex. It gives people a glimpse into what their baby may become.

Further, in the insightful essay, she ponders on how pregnancy can be inherently lonely. Despite how supportive partners can be, someone pregnant experiences the journey alone with their body. There is no way of really feeling what she does. She goes on to joke about how it’s unfair that her husband’s whole family’s DNA is in her but not the other way around.

Honestly, we can go on about her essay for hours. There’s a lot expecting mothers can learn and take away from it, and is, thus, a must-read.

A family we all know and love is about to get bigger!

Bindi Irwin and Chandler Powell are expecting their first child together after marrying in March early this year.

The happy couple shared the news via a photo on Instagram, announcing the newest Wildlife Warrior due 2021. They then announced in September that their little bundle of joy is a girl.

Their baby is the latest addition to the growing family of conservationists and zoo operators. Their families are excited to meet their baby girl, with Bindi’s brother Robert excited to be an uncle.

The Wake Up in the Sky rapper and wife Keyshia Ka’oir are excited to have their first child together, due 2021.

Gucci Mane went to Twitter to announce that the couple is expecting a baby boy. The two shared pictures of their sex reveal party, complete with blue crystal decorations and blue and white confections.

They aren’t subtle about the reveal, huh?

This baby will be Gucci Mane’s second son while he’s baby number four for Keyshia.

Despite being celebrities, the couple wants to raise their children outside of the limelight. Keyshia explains how she wants her kids to enjoy being such and go to school. She doesn’t want them to be on social media for the same reason. 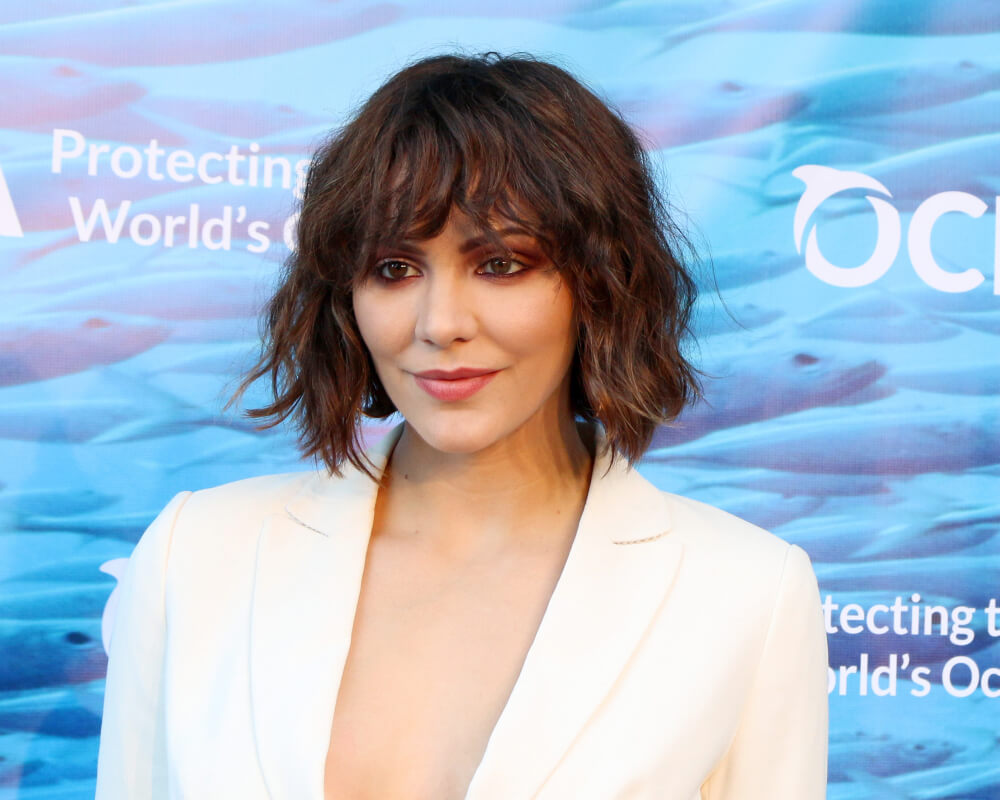 The couple has stayed busy and were very active throughout quarantine. McPhee hosted daily Instagram live performances featuring different guests and friends. The song list included show tunes and Disney songs. The singer-actress also participated in a Smash reunion with the rest of the cast, and covers of songs from the musical Waitress.

They’ve been busy in other ways as well.

The 36-year-old McPhee and her husband have not spoken publicly about the pregnancy, but a close source confirms the news. The two have been married for a little over a year since tying the knot in June 2019.

How do Foster’s children feel about this?

They seem excited over the news. David’s daughter Erin even reportedly joked that their kids would be the same age. It looks like the whole family is supportive and happy to welcome a new baby into the family.

McPhee also stirred up controversy after the Internet discovered that the singer had been a GOP donor since 2018. It’s a shocking twist for someone who claims to be an ally of the LGBT community.

One-third of the iconic Destiny’s Child trio is about to welcome her second child this 2021.

The singer surprised their Instagram followers by posing for Women’s Health Magazine.

The 39-year-old joked that fans might be disappointed because they anticipated a new album but got baby news instead. Good one, Kelly.

The baby will be the younger sibling to their six-year-old Titan. Rowland shares that she and her husband have been loosely discussing plans to add to their family. However, the COVID-19 pandemic broke out, and things just seemed to fall in place.

Since finding out that she’s pregnant, Rowland has been trying to switch to a healthier diet. She shares that it isn’t always easy trying to find healthier alternatives.

This 2020 has been a challenging year for everyone. With all the ups and downs the year has thrown at us, babies serve as a symbol of hope. We can look forward to new lives as a brand new year begins. It’s a new chapter not only for these expecting parents but for us all.

About the Author: admin