Bee Venom is the Latest Ingredient in Skin Care

Bee Venom is the Latest Ingredient in Skin Care

Recently, women have been steering away from the usual invasive beauty treatments such as plastic surgery. They are now more inclined to use more natural products which are also capable of producing the same impact – and bee venom is one of the solutions.

What is Bee Venom?

Bee venom, also known as apitoxin, is a colorless and bitter fluid extracted from the stingers of any honey bee. This venom is the reason why you feel pain whenever you have been stung by a bee. They also cause skin reactions for those who are allergic to it.

Studies also have proven that apitoxin has been used as a traditional folk medicine in the past by many cultures. It’s something that is known to treat a variety of diseases such as depression, multiple sclerosis, Parkinson’s disease, neuropathy, rheumatism, muscle injury, insomnia, migraines, and many more.

Ancient Chinese culture, bee venom is famous as “fighting poison with poison.” Many people believe that it is a powerful catalyst to the physiological processes in the body.

Celebrities and public figures brought apitherapy into the beauty world a few years ago. It is not a new initiative. This practice was around in ancient Egypt, China, and Greece several decades ago.

Apitherapy refers to using the various bee-produced product to help improve the overall health of individuals. These products range from honey, propolis, beeswax, and pollen. However, this process is appropriately best known in the concept of people intentionally stinging themselves. Believe it or not, this has been a growing trend in the world of homeopathic medicine.

Apitherapy is known to manage several medical conditions. This being the following:

So, how does this relate to skin care? Nowadays, there is an integration of apitherapy into the beauty world. The apitoxin causes the skin inflammation which makes the blood rise to the surface. This skin inflammation sends the skin into repair mode, hence, generating collagen. Collagen is the main ingredient for a smooth, plump, and fresh visage. Once the stung skin enters the healing mode, a glowing complexion flows after.

The idea of applying apitoxin onto your face as a beauty regimen may sound absurd, bizarre, or even scare. However, in recent years, many studies have confirmed and proven that this is a safe ingredient for topical cosmetic use. Hence, it is now into products such as creams, skin lotions, and serums.

How is Bee Venom Extracted?

“The process works by attracting bees to a glass pane which has a small electrical current running through it. The bees are encouraged to sting the glass, leaving behind small traces of bee venom but not losing their stringer,” says Dr. Walker. 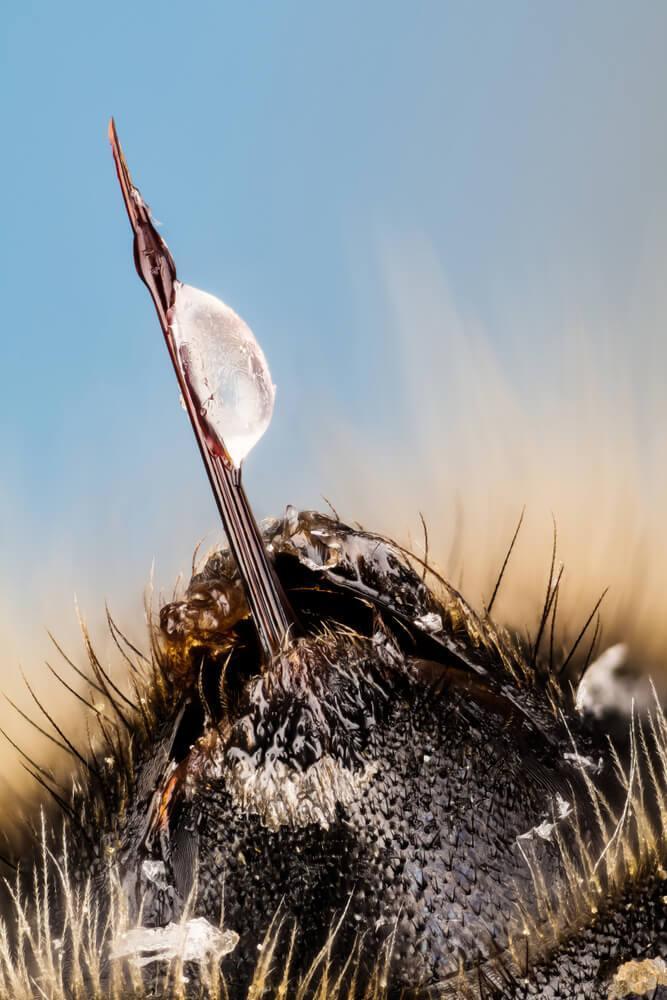 Believe it or not, around 10,000 bee stings are required to produce just 1 gram of bee venom! It makes bee venom more or less seven times more valuable than gold.

Rest assured, however, that the stingers are left intact and that the bees do not die or harmed in the process.

The Composition of Bee Venom

Bee venom houses many constituents which help in improving the skin of the users. Let us explore these properties.

The main component of bee venom is the melittin. This peptide is made up of 26 amino acids which are 52 percent of the mixture of bee venom. Melittin has been proven to be both an antibacterial agent and antimicrobial agents against Lyme disease and Chlamydia as studied by two papers in the Biochemical and Biophysical Research Communications and the International Journal of Antimicrobial Agents.

Apamin is known to cause swelling, burning, and redness when placed in large amounts. However, the amount contained will have a beneficial effect which answers any kind of inflammation in the body.

Hyaluronidase’s contribution as a component of a Bee Venom ranges from 1 to 3 percent. It is known for actively dilating the capillaries. This activity then increases the blood flow inside the body which in return plumps the skin. According to several studies, Hyaluronidase applied on the skin, has an analgesic effect that comes out. It is useful in relieving muscle tension and decreasing the presence of wrinkles and lines that appear.

The Benefits of Bee Venom

If you are getting problems due to enlarged pores, bee venom is the best solution for you. Its astringent properties help in removing excess oil and fluid from both the pores of your skin and its uppermost layers. This move refines and tones the texture of your outer skin. Some people might complain that this effect is only temporary, but according to experts, proper supplementary beauty skin care can retain this.

Thanks to the soothing adolapin which bee venom houses,  doctors can now quickly address the burning, redness, and swelling on your skin. You don’t have to overthink about the physical stresses these cause to your skin.

Products with bee venom have this calming effect which soothes your skin while also providing astringent and anti-aging benefits on your skin.

Bee venom is also famous for containing an enzyme called hyaluronidase. Hyaluronidase is considered a natural astringent which absorbs, purifies, and cleanses your skin from any dirt and impurity. Hence, leaving your skin clean, soft, and subtle.

Bee venom is known for its wrinkle-eliminating properties. It helps stimulate blood flow inside your body which makes the blood easier to flow to the surface of the skin. This ease of blood flow stimulates both the collagen and elastin production. Aside from this, what’s unique about bee venom is its ability to strengthen tissues to be able to stop premature aging.

Some professionals sometimes correlate bee venom to Botox. According to them, just like a Botox, the analgesic effect from the bee venom relieves muscle tension which lightens and sometimes eliminates, the appearance of both frown lines and furrows. However, Dr. Bowe rebutted this.

“There’s not a lot of evidence showing that venom does inhibit muscle activity long enough to work as well as an injectable neurotoxin like Botox. The effects of the venom are transient and weak, lasting anywhere from 15 minutes to a few hours, which won’t permanently stop the muscle movement. And while they may not be a direct replacement for injectables, they can help prolong their effects when used as an adjunct treatment,” she explains.

It shows that there are still a lot of studies to be done to see whether the application of bee venom can already be a substitute for a Botox.

The same bee venom properties which smoothen wrinkles and frown lines and shrink pores are also the ones who help fade acne blemishes. It also contains a peptide known as melittin. Melittin has anti-bacterial and antimicrobial effects which are useful in fighting against the presence of acne. 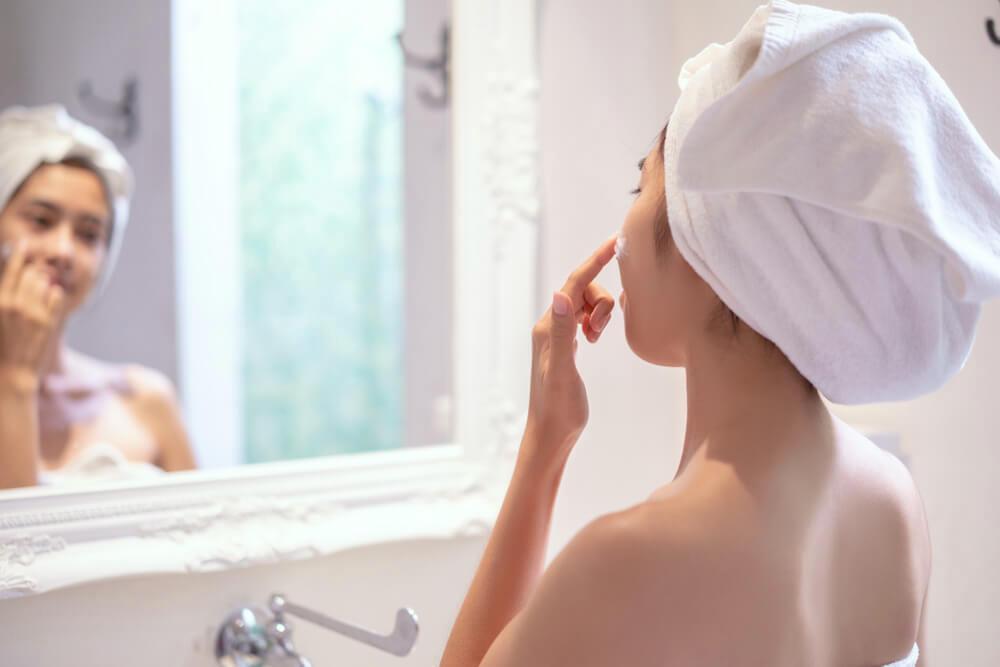 No, it does not. The venom incorporated in the beauty products are just in small amounts, so it is not enough to sting – just like a natural sting would feel. However, you might feel a tingling sensation moments after applying. It means that the collagen is inside your body and your skin is now experiencing the magic caused about by the process.

If you find yourself hurt or irritated upon applying the bee venom, discontinue your use. It might be a sign that you are allergic to bees and its venom. To ensure your safety, do a patch test first before directly applying in large amounts.

The Scientific Effects of Bee Venom

“The studies are small, but they are promising and intriguing. They indicate that honey bee venom can help treat acne because it is antibacterial; eczema because it is anti-inflammatory; and anti-aging because it may help with collagen production.

This is the reason why you can now find this in several products such as masks, oils, and creams,” says Whitney Bowe, M.D. when asked whether there are clinical studies which can back up the claim that bee venom is effective skin care.

For those who are doubtful, a clinical study conducted by the Clinical Interventions in Aging to prove its safety. It involved 22 South Korean women who used a bee venom treatment as a part of their daily beauty regime. They applied it to their face twice a day for three months. The results show that the bee venom was able to make the skin look youthful. It was also able to reduce the fine wrinkles and was able to improve the moisture, smoothness, and softness of the skin.

Other preliminary studies were conducted to see whether bee venom could potentially be an anti-aging ingredient. Listed below were some of the reviews which were done by some professionals.

Acne vulgaris is a dermatological complication, and professionals are on a continuous look to find the most appropriate treatment to address this. With this in regard, a group of selected doctors used a purified bee venom serum as an alternative option to cure acne.

They employed 30 subjects which are experiencing mild-to-moderate acne vulgaris. These subjects applied the purified bee venom serum twice a day for more or less six weeks. The results show that most of the volunteers’ visual acne grade significantly improved starting the 3rd week until the 6th week. Specifically, 77 percent of the respondents indicated a one-grade improvement when compared to the baseline.

At the same time, the application of the bee venom serum showed no incidence of irritation or any side effect.

Most people opt to eliminate the presence of facial lines which are usually caused by intrinsic aging processes and extrinsic photodamage. However, the negative thing with this is that no effective treatment has been discovered to prevent facial wrinkles. With that, the researchers of this study assessed the effects of bee venom serum in eradicating the said clinical signs of aging skin.

The experimental colonies used in this experiment were under the National Academy of Agricultural Science (NAAS) for maintenance. The main subjects for these experiments were 24 women aged between 30 and 49 years old. They had an initial test screening which measured their global photodamage score. From the pack, ten patients had mild photodamage while the other fourteen had moderate photodamage.

From here, the subjects were required to apply the bee venom treatment serum once in the morning and during the evening for three months. The results indicated that the bee venom serum treatment clinically improved the presence of facial wrinkles. 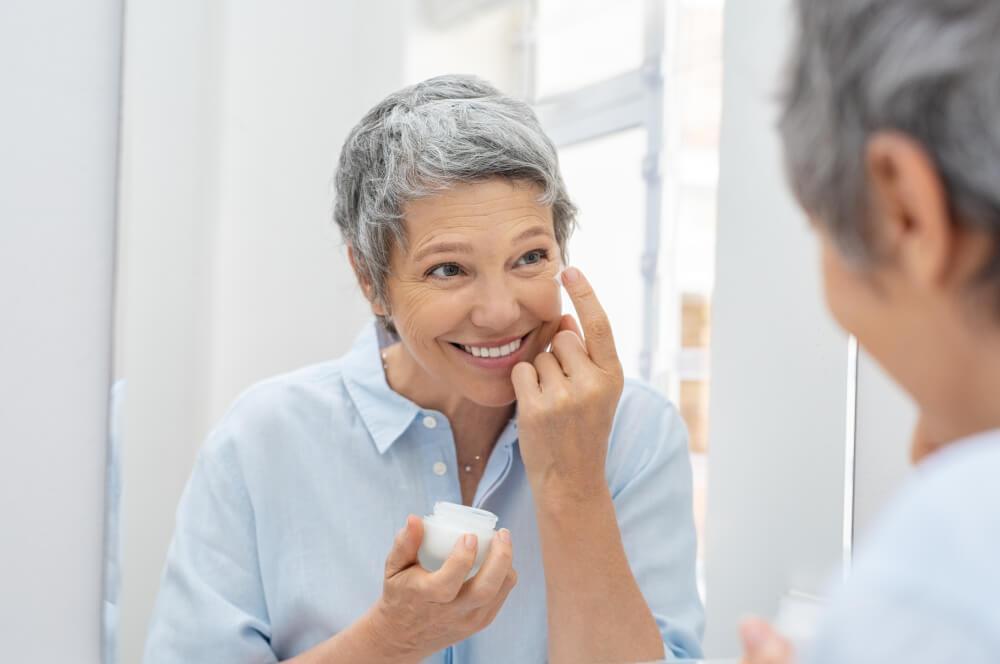 They were able to decrease three essential areas – the wrinkle count, the average wrinkle depth, and the total wrinkle area. We can see from the results how effective this serum is to the improvement of skin wrinkles.

Are There Any Side Effects to Bee Venom?

The experiments above show that bee venom can indeed be the next big thing in the beauty department. The negative thing with this, however, is that around three percent of the world population is allergic to bee venom. Hence, if you are in that three percent, you have to think twice before applying this to your skin since this might cause an extreme nasty reaction.

At the same time, even if you are not severely allergic to bees, you might still experience some adverse side effects. These include the following:

Now that bee venom is slowly entering the beauty scene; you might want to include this on your daily regime. Experience it yourself and figure out why many celebrities and public figures, such as Kate Middleton, Gwyneth Paltrow, and Kylie Minogue, are making a big fuss on it!

About the Author: The Value Place

The Value Place reviews the most exclusive products in fashion and skincare - so you can make better purchases. We also feature monthly skincare, makeup and fashion articles.